One of the hardest challenges facing public libraries is reminding the public they exist. Especially your local neighborhood branch, which lacks the advertising - and impressive architecture - of central libraries. That same central library will often have an "outreach office," partly a marketing department and partly a community program clearinghouse. And always stretched too thin to get the word out on every little satellite of a municipal library system

Which leaves much of the branch outreach in the hands of the branch librarians. This is difficult because nobody gets into librarianship because we like talking to people. Patrons are the one drawback to an otherwise sweet gig. Unfortunately, since we have to defend our existence to the local government bean counters - who will always cut public services before their own bullshit jobs - we have to get those numbers up. And that means outreach.

I've had the fortune - good or bad - to work in both a central outreach office and a small neighborhood branch in one of the largest municipal library systems in the country. For plausible deniability, we'll call it Booker. While stationed in the main branch of the Booker Public Library, I sat in on every conceivable outreach scheme from oral histories to Tumblr feeds to holding seminars on household pests. It was comprehensive and well-funded and when pressed I still can't describe anything I'd describe as effective outreach strategy.

Except the day we spent handing out fliers when I worked at a small neighborhood branch. We had our work cut out for us since this particular branch had been closed for renovation for 18 months, owing to a busted HVAC that they didn't fix. Gave us lots of new furniture for the kids' section though. That's also typical of the big municipal systems.

Fortunately, everyone really liked the library. Across five blocks of store fronts, I heard from people how excited they were we'd be open again, how much they missed the library, and could they have their own stack of the flyers to hand out. A better experience than expected all around.

Then I came to a small barbershop with just the barber. A sour Russian sort you see all the time in this particular city. I gave my then well practiced spiel about the library re-opening and would he mind posting our flyer.

"What type of business is this!" he demanded.

Fair enough. I wished him a good day and moved along.

I told my colleagues later - because the librarians are always talking about you - and they asked if this barber had any customers. When I said he didn't, they all said, "Exactly!" 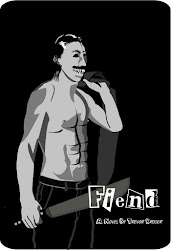 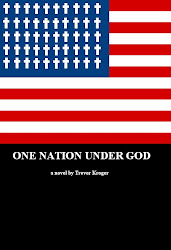